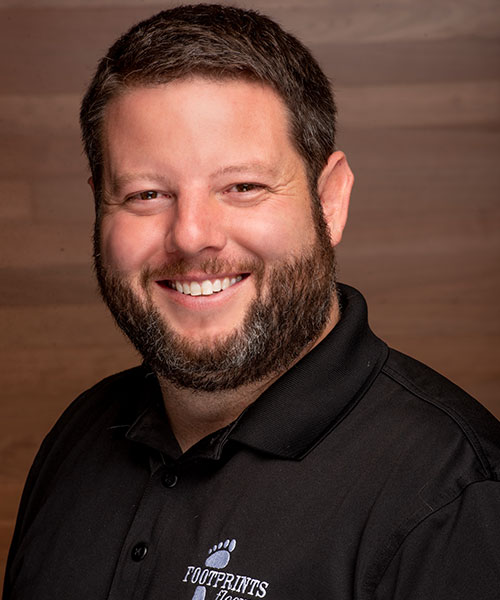 Bryan grew up in south Denver. He attended the Air Force Academy in Colorado Springs, CO and served this country after graduation. Like most who serve, Bryan's military experience strengthened his belief in, and commitment to, integrity, duty and leadership.

When Bryan and wife Kelli settled in Littleton, Colorado they started a family...three rambunctious girls and two very big dogs. It was then, Bryan noticed that the flooring industry in Denver was highly inefficient and unscrupulous. It was nearly impossible to find providers who worked with a true sense of honesty and fairness. Changing this was not only an opportunity for Bryan, it was practically a calling.

"Putting the customer first and creating an impeccable reputation in this industry was Job #1," says Bryan, about his goals for his future flooring company in Denver. He named it Footprints Floors, and created a unique company structure that promoted the best in people, products and business practices. It worked! So much so, that Footprints Floors is one of the largest hardwood providers in Colorado and is growing rapidly. 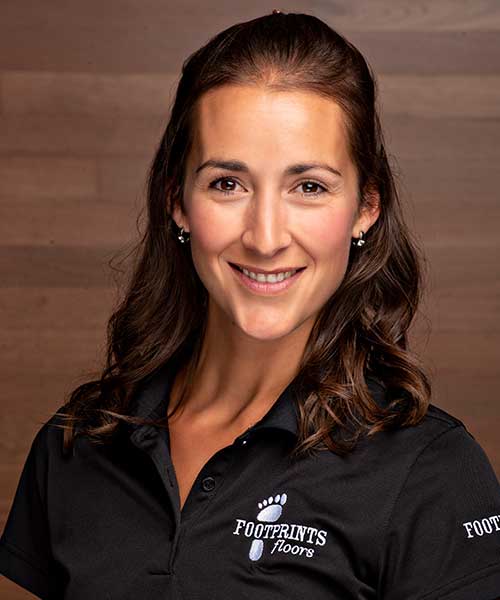 Rachel spent her younger years moving around the country with her parents and brother. She decided to plant her roots in Denver in 2000, and later attended Colorado State University in Fort Collins, CO. Following graduation, she worked for a worldwide hotel organization for over 8 years. After gaining exceptional knowledge and experience in sales and operations, Rachel was offered the opportunity to join the team at Footprints Floors. Her husband and three children have supported her growth with Footprints Floors for over 6 years and they look forward to being apart of this team for life.

Rachel believes in doing her best every day, and staying committed to the end. Her desire for growth matches that of Footprints Floors and knows that growth cannot happen without support, teamwork and organization. Footprints Floors is ready to set the standard and she is proud to be there with the Footprints family. 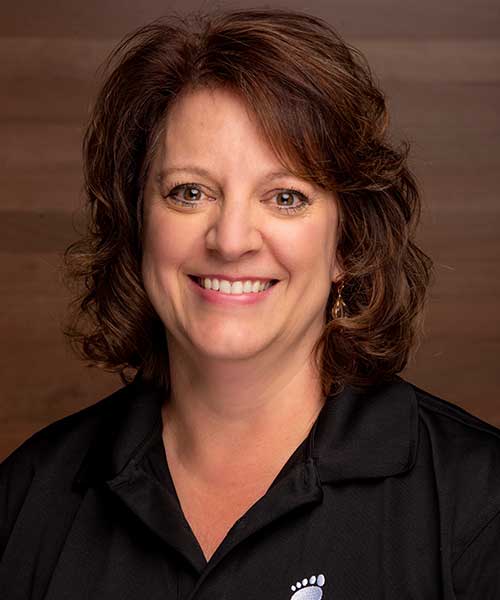 Debbie is a Colorado native; graduated from Colorado State University then settled back in to the Denver metro area after graduation. She and her husband John raised three children, two daughters and a son, enjoying all that Colorado had to offer a young family. She worked in the school system and at a friends bakery while her children were young, and the schedules were filled with games, concerts and productions. They are recent empty nesters, all of their children married. They spend their down time enjoying their growing family, serving in their church, and connecting with friends.

Debbie joined the Footprints Floors team in January of 2013 as a receptionist, and has grown in the job as the company has continued to grow. She loves leading the growing receptionist team. This team works together to support both customers and owners, providing scheduling, communication and organization. She looks forward to the opportunity to continue to grow as Footprints Floors grows. 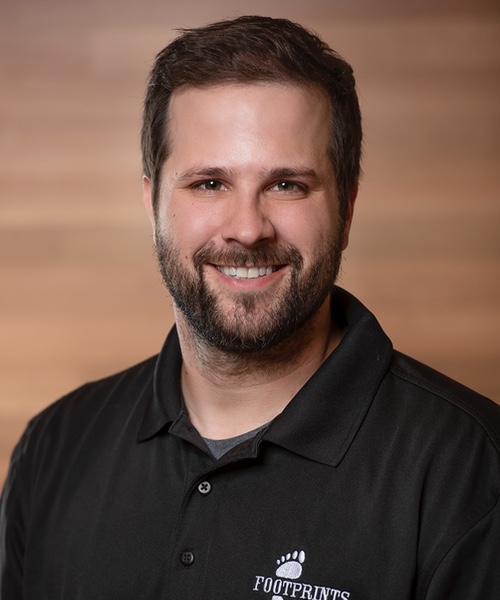 Originally growing up in Vienna, Austria, Jon has lived in Colorado for the last twenty-three years. He has spent time in various construction fields and trades, from landscaping to working as a commercial electrician. With his years of experience in the construction industry, Jon brings that knowledge and ability to Footprints Floors and serves in the corporate role of Franchise Support Manager. Jon has a degree in nonprofit management and has spent a lot of time working with and for various nonprofits both locally and internationally, with a heart for families and disenfranchised persons. With this passion for family, the family-friendly culture and environment of Footprints Floors was a natural fit.

Jon currently lives in Castle Rock, Colorado with his beautiful wife, Emily, and their two kids, Corrie and Shepherd. Jon and Emily enjoy hiking, road trips, music and spending time with their family. 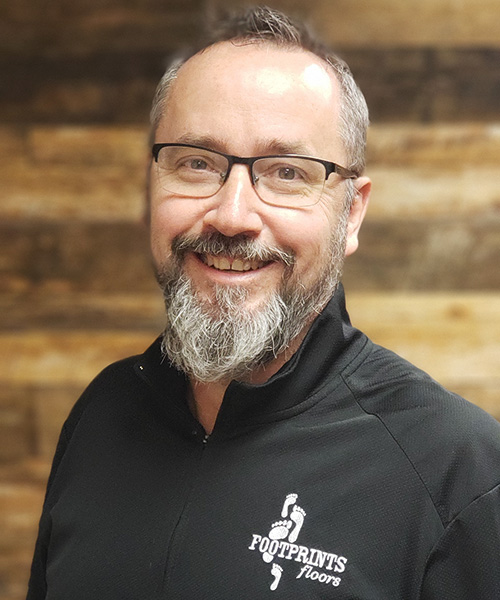 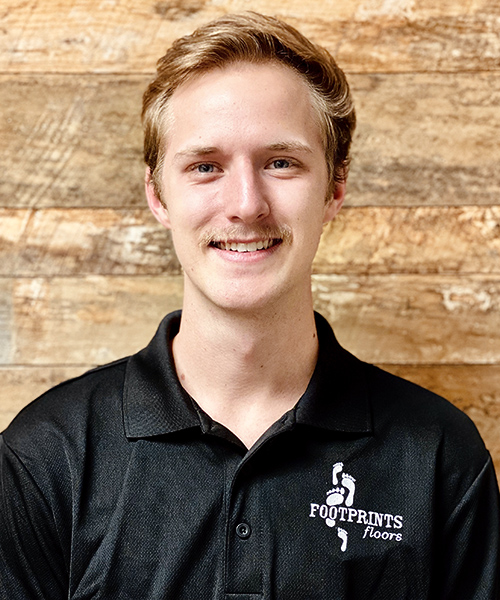 Great Floors & Great Impressions are What We are All About!

Footprints Floors is a one-of-a-kind residential flooring installation and restoration business. We offer high quality flooring installation and, with over a decade of dedication, we have quickly become the largest flooring contractor by striving to bring a higher level of customer service and sophistication to an industry where it was severely lacking. Our family-owned business is focused on customer satisfaction and quality results, all while passing savings on to you and yours through our low overhead model.